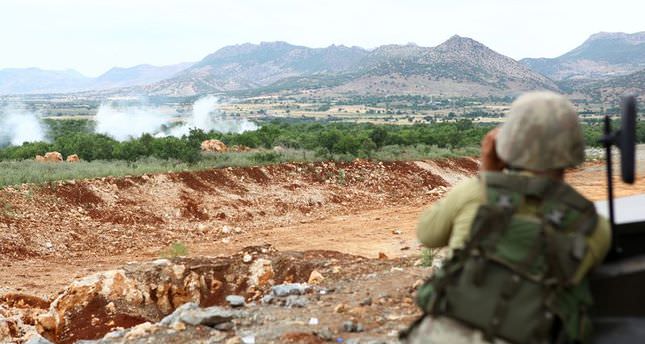 by Daily Sabah Aug 15, 2014 12:00 am
A group of militants attacked a gendarmerie station in the village of Ovacık in eastern Turkey on Friday evening. No casualties were reported according to a statement released by the local Tunceli governorate.

The militants of Turkish Workers and Peasants' Liberation Army (TİKKO) opened fire on a watchtower of the gendarmerie station with long-range rifles.

The gendarmerie forces responded with fire, forcing the militants to flee while taking heavy security measures in the region.