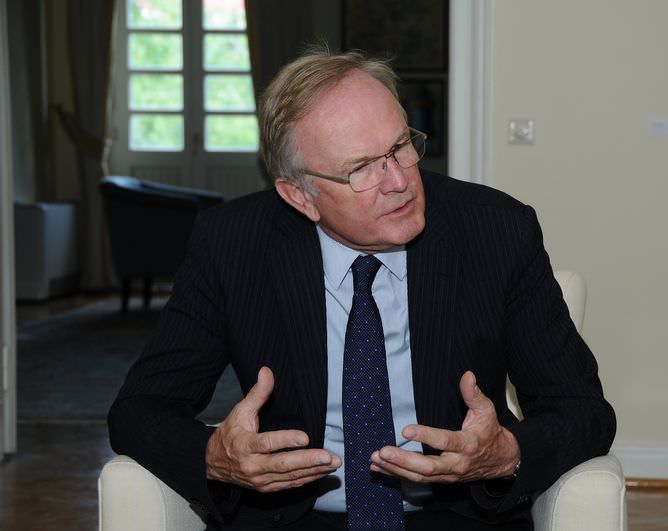 by Associated Press Aug 18, 2014 12:00 am
Turkey on Monday summoned Germany's ambassador and demanded a "formal and satisfactory explanation" over a report that Germany's foreign intelligence agency targeted NATO ally Turkey in addition to eavesdropping on U.S. officials' conversations.

German Ambassador Eberhard Pohl was also told that, if the reports were true, Turkey expected Germany to immediately stop any spying activity targeting Turkey, according to the Foreign Ministry.

German magazine Der Spiegel reported Saturday that the agency, known by its German acronym BND, had inadvertently listened to calls made by U.S. Secretary of State John Kerry and predecessor Hillary Clinton. It also cited a confidential 2009 BND document listing Turkey as a target for intelligence gathering, but didn't say what that spying involved.

If true, Turkey's Foreign Ministry said, "such practices would in no way be acceptable in an environment that requires mutual trust and respect between friends and allies."

German officials would not confirm Der Spiegel's report on Monday.

Government spokeswoman Christiane Wirtz would say only that the government in July informed a parliamentary intelligence committee about some of the matters in the report and would inform it about the rest soon. The panel is sworn to secrecy.

Germany has complained for months about alleged American spy activity there, with reported eavesdropping on Chancellor Angela Merkel's cellphone prompting a rebuke and an ongoing German investigation. The U.S. has not commented about the latest Der Spiegel report.

Some German lawmakers defended the idea of spying on Turkey. Christian Flisek, of the governing Social Democrats, noted that it is "a geopolitically important country."