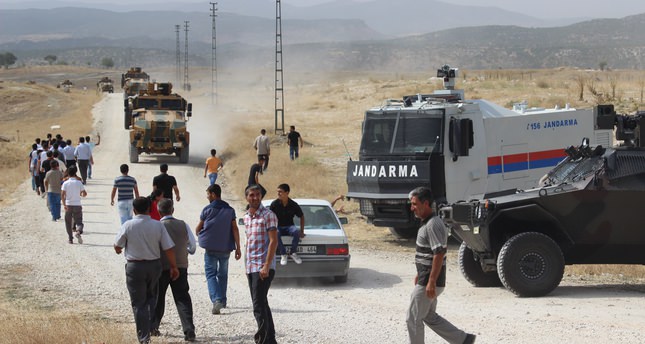 by Daily Sabah Aug 19, 2014 12:00 am
Turkish Armed Forces released a statement on the recent conflict in southeastern Turkey due to demolishment of a terrorist's statue:

Statue of a terrorist has been removed in Diyarbakır/Lice during an operation. Turkish troops involved in the operation have returned to their bases in the region on August 19, 2014 at 09:45 AM.

Separatist Terrorist Organizations with 200-250 people have attacked Turkish troops with Rocket Launcher, Rifles and IED materials and our troops have responded immediately to these armed attacks on August 19 at 06:20-09:00 AM.
Last Update: Aug 19, 2014 4:37 pm
RELATED TOPICS