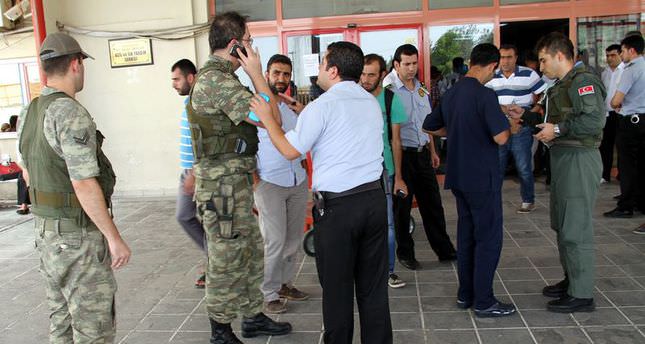 Uğur İnal, 27, suffered the accidental wound at the gendarmerie command in the town of Lice hours after he had participated in an operation to demolish a statue of a PKK militant.

Inal died at Dicle University Hospital, where he was tranported by helicopter after the incident.

Following a court order, the Turkish military demolished Tuesday the controversial statue of one of the founders of PKK, Mahsum Korkmaz, who died in 1986. The statue was erected last Friday to commemorate the 30th anniversary of PKK's first clash against Turkish forces.