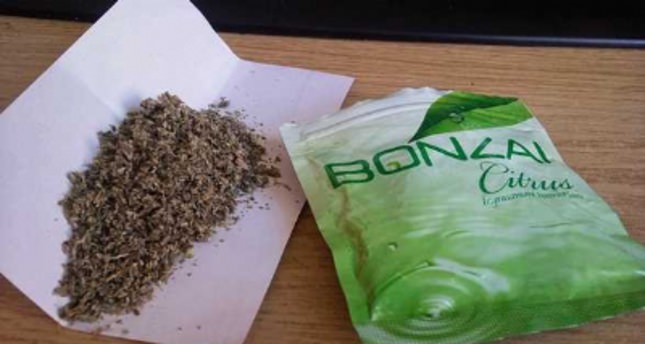 by Daily Sabah Aug 20, 2014 12:00 am
The age of people using the synthethic drug bonzai has dropped to 11, according to Turkey's statistics agency TÜİK. The TÜİK released statistics about juvenile delinquents yesterday. Statistics show over 48,000 children were detained in 2013 for illicit drug consumption, 213 of which were for bonzai use.

Bonzai, whose use has become widespread among the Turkish youth recently, is popular as it is a cheap and easily accessible drug. The drug's effects range from speech loss to heart attacks and often lead to sudden deaths. It made the headlines on Monday when two teenagers walking on a street in Istanbul's Şişli district passed out under the effect of Bonzai. The young men, whose names were not revealed, were hospitalized for heart failure and one of them remains in a critical condition.
Last Update: Aug 20, 2014 1:12 am
RELATED TOPICS