More wounded Gazans on the way to Turkey for treatment 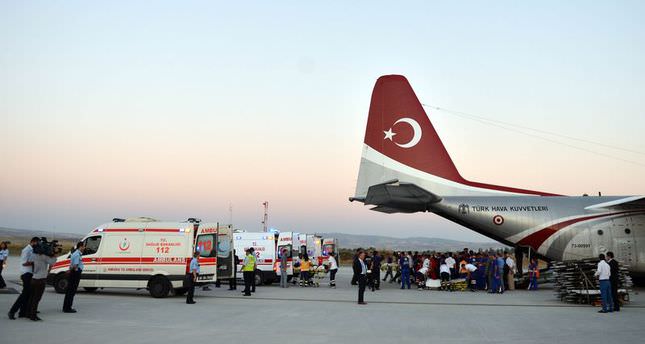 by AA Aug 20, 2014 12:00 am
A Turkish aircraft left for Israel Wednesday morning to bring 21 more injured Palestinians in Israeli attacks to Turkey for treatment.

Around 25 Palestinians were transferred to Turkey last week.

The injured Palestinians will board the Turkish aircraft at Tel Aviv's Ben-Gurion Airport and be flown in to the Turkish capital, Ankara.

Turkay Esin, an official from Turkey's health ministry, told Anadolu Agency that they would go to Israel with 11 doctors and health officials to accompany the injured Palestinians and their companions.

The Palestinian death toll from a deadly Israeli onslaught on the Gaza Strip has risen to 2,028 since July 7, according to the Health Ministry.