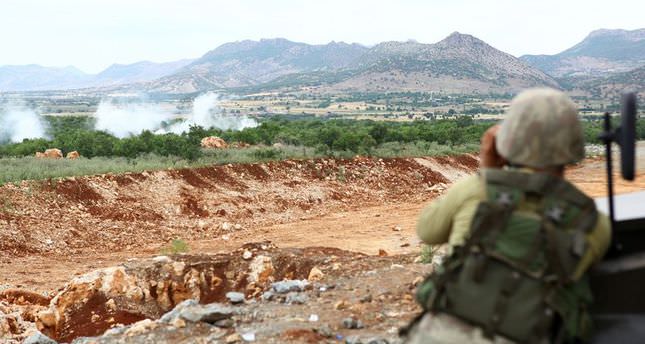 by Daily Sabah Aug 20, 2014 12:00 am
A group of militants of the outlawed PKK attacked a gendarme station in Turkey's southeastern province Diyarbakır late Wednesday.

The PKK firing continued simultaneously until Turkish security forces responded to the attacks immediately. Upon heavy firing by the Turkish Security Forces the militants fled taking advantage of the dark.

A large-scale operation was launched in the region to capture the militants.