Turkish NGOs call for regulations for status of Syrians 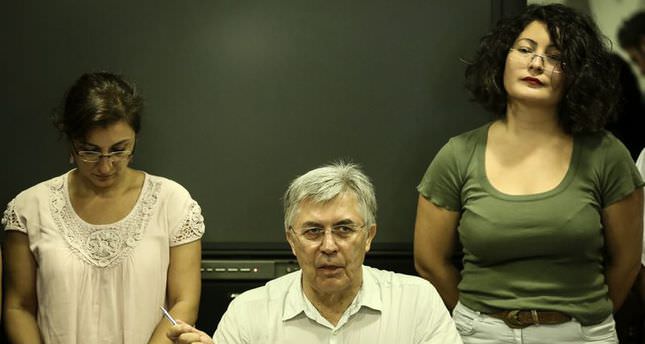 by Daily Sabah Aug 21, 2014 12:00 am
Fifteen Turkish nongovernmental organizations issued a joint statement yesterday about Syrian refugees who have taken shelter in Turkey after the four-year conflict in their country forced them to flee home.

Representatives of NGOs held a press conference in the Turkish capital Ankara and expressed concerns about attacks targeting Syrians in several Turkish cities. They called on the Turkish authorities to implement regulations to regulate the status and rights of the country's Syrian "guests."

Speaking at the press conference, Metin Çorabatır, deputy director of Center for Immigration and Asylum Studies (İGAMDER), said NGOs are worried about the recent attacks and "lynching attempts" against Syrians in the southeastern province of Gaziantep and other cities.

He said that Turkey should take immediate measures to ensure the safety of the over 1 million Syrians who have taken shelter in the country. "The international community does not forecast a restoration of peace in Syria in the near future and it does not look possible for Syrians in Turkey, whose number is nearing 1.3 million, to return home or go to other countries. In the light of these facts, we have to look for ways for a harmonious coexistence between Syrians living under very difficult conditions and citizens of Turkey. The state has a responsibility to prevent attacks against Syrians. Yet, there is no regulation to improve the status of Syrians while there are laws that would facilitate those regulations such as a temporary protection for Syrians in terms of their rights," Çorabatır said. He said a temporary protection regulation was drafted but not implemented yet. The regulation he referred to provides rights to Syrians such as working and residence permits.

Speaking on behalf of the NGO representatives, he said the government and media have the responsibility to instil a positive perception of Syrians in the public, noting that Syrians not living in camps and forced to live on their own with little assistance has given rise to hate speech and violence against them. "Authorities should implement plans for a dignified life for Syrians and for their adaptation to the social life in Turkey and cooperate with nongovernmental organizations to that extent. If Syrians are granted rights, they will enrich our society in terms of the economy and culture and will always remember Turkey well once they return home," he said.

Syrians not living in camps, which only house over 200,000 people, often face attacks provoked by rumors criminalizing them. The latest instance was in İskenderun, a southern Turkish town near the Syrian border. A group of locals, incited by an alleged molestation of a boy by a Syrian refugee, took to the streets and attacked shops run by Syrians in the town earlier this week.

The Syrian National Coalition that represents the Syrian opposition has announced that they had a project to relocate Syrians within "safer" areas in northern Syria in the face of unrest that has spread to Turkish cities located near the Turkish-Syrian border.