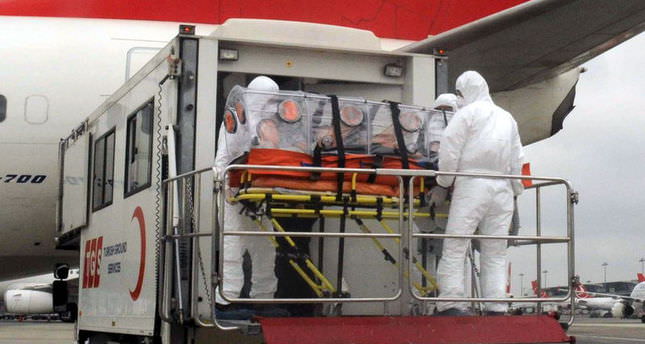 by Daily Sabah Aug 22, 2014 12:00 am
An Italian passenger traveling to Istanbul from Nigeria's Kano was hospitalized after she fell ill during her flight on Friday. The unidentified passenger is suspected to be infected with the deadly Ebola virus. The passenger was transferred to a hospital in Istanbul for a high fever and a likely case of malaria. Turkish health authorities did not issue a statement about the condition of the woman or whether she was infected with Ebola.

The Ebola scare had emerged in Turkey last week after a Nigerian woman fell ill on a Lagos-Istanbul flight. The woman was hospitalized after the plane landed at Istanbul's Atatürk Airport and doctors found she was suffering from malaria, not Ebola.