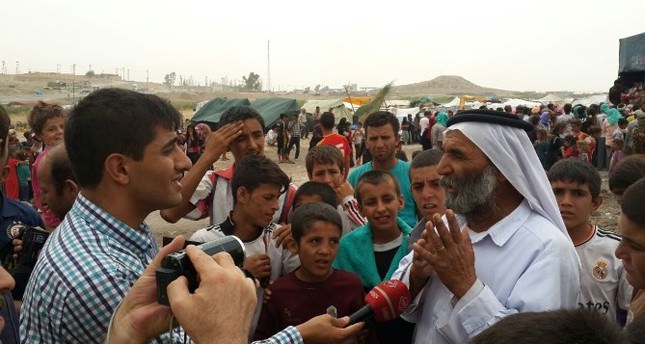 by Daily Sabah Aug 22, 2014 12:00 am
Nongovernmental organizations in the southeastern Turkish province of Şırnak launched a new campaign for Iraqi Yazidis who took shelter in the province by delivering sacks of flour to villagers in four local villages. Villagers in turn lit tandoors - traditional clay ovens used for baking bread - and baked bread from the flour for the refugee Yazidis in Şırnak. All locals with tandoors in the courtyard of their houses joined the campaign and started baking bread on Wednesday night.

Over 2,000 Iraqi Yazidis fleeing violent attacks by the Islamic State of Iraq and al-Sham (ISIS) in Iraq, took refuge in southern Turkey. Turkish authorities and locals have provided humanitarian aid to the refugees who are housed in unused buildings and refugee tent camps in the southeastern Turkey.
Last Update: Aug 22, 2014 11:33 am
RELATED TOPICS