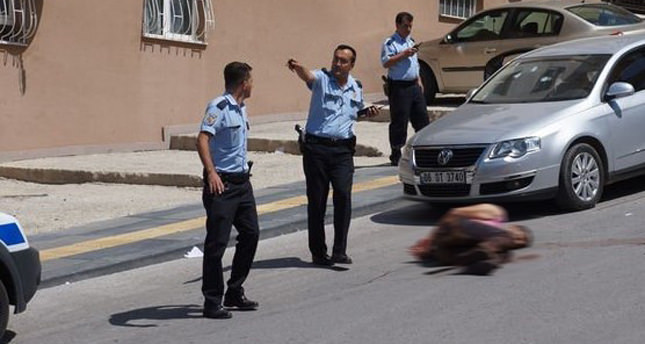 by daily sabah
Aug 24, 2014 12:00 am
Bülent Aramaz, leader of a gang dealing the infamous bonzai drug, was killed in a shootout with police in the Turkish capital Ankara on Saturday.

Aramaz, wanted for a string of charges ranging from murder to drug peddling, was under surveillance by the Turkish National Police. A gunfight broke out between Aramaz and police officers who launched an operation to capture the suspect. He died of his wounds in the hospital he was taken to after the operation that also left three police officers and Aramaz's Russian girlfriend wounded.

The gang leader was in a car with three others including a Russian woman identified as Elena G. when the suspects realized that the police squads would apprehend them. Two gang members fled the scene and Turkish National Police's Special Forces launched an operation in the capital's Cevizlidere district where the shootout took place.

The gang was accused of attacks targeting bars, pubs and similar places whose owners refused to allow them sell the bonzai drug. The gang leader, nephew of Ahmet Aramaz, a notable figure in the Ankara underworld, was injured in a car accident in June in the western city of İzmir. He fled the scene after the accident that killed his three men.
Last Update: Aug 24, 2014 6:39 pm