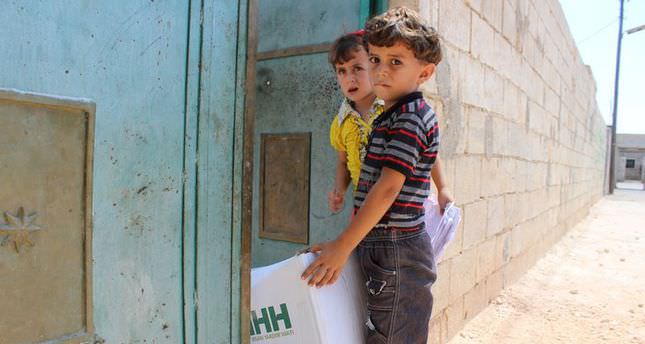 The food aid packages were distributed to around 1000 families, the foundation's press relations told the Anadolu Agency (AA).

The Humanitarian Relief Foundation (İHH) so far sent around 20 lorries of humanitarian aid to Duhok, Erbil and Kirkuk for the fleeing families, according to Ahmet Küçükkahveci, İHH Middle East Coordinator.

The families are in need of bedding, blankets and tents along with food, according to Vahbi Bez, from the Iraqi Turkmen Solidarity and Development Foundation in Kirkuk.

The violence in Iraq has escalated since early June after a coalition of armed insurgent groups led by ISIS, took control of large swathes of the country's predominantly Sunni provinces.

The ISIS has driven an estimated 1.2 million Iraqis from their homes in a humanitarian crisis that has engulfed the area since the uprising began at the beginning of June. The U.S. has conducted dozens of airstrikes on ISIS forces since August 7.