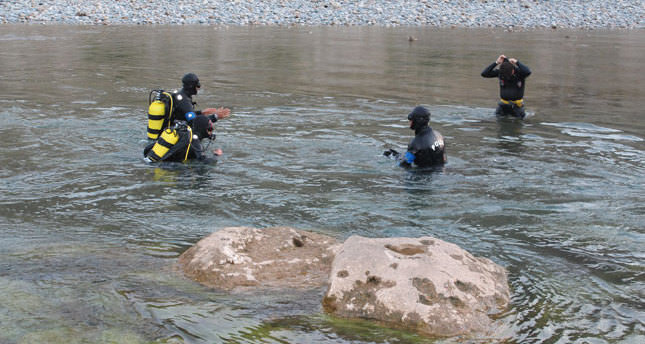 by Daily Sabah Aug 26, 2014 12:00 am
Five people drowned and one went missing on Sunday in Siirt, a southeastern Turkish province, after the gates of a dam opened and flooded the area the group were picnicking in. Ten others were rescued by search and rescue crews.

The pumping of water from the dam's gates led to a sudden overflow in the Botan river whose banks were filled with families picnicking. Among the casualties were two girls, aged five and eight, their father and two brothers.

Rescue crews were combing the area yesterday to find another person who went missing. The company operating the Alkumru dam released a statement saying the opening of the dam gates was not the result of a technical malfunction and was part of standard procedure. The statement said picnickers were in a forbidden area and people in the area were already told to evacuate the area with sirens and alarms "as part of a regular procedure."

Siirt Governor Mustafa Tutulmaz told reporters yesterday that an investigation was underway. "Some eyewitnesses say they heard the sirens warning that the gates were opening and some others say they did not. We will know for sure after the investigation," he said. Tutulmaz said the dam has been in use since 2012 and residents were aware of its alert system.
Last Update: Aug 26, 2014 11:53 am
RELATED TOPICS