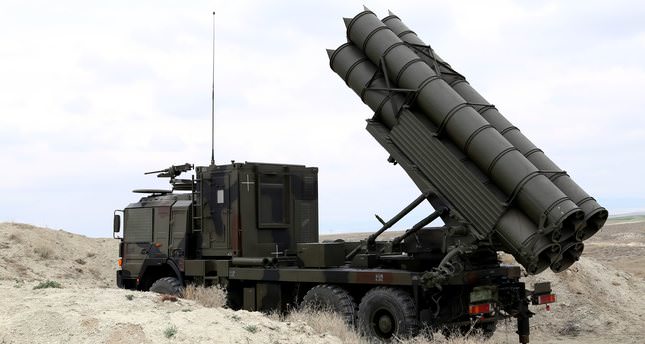 by reuters Aug 26, 2014 12:00 am
Turkey has asked firms in a tender for a long-range missile defence system provisionally awarded to a Chinese company to extend the validity of their bids, indicating that Ankara is still considering alternative offers.

U.S. and NATO officials have said Turkish collaboration with China on the system could raise questions of compatibility of weaponry and of security. For China, it would be a breakthrough in its bid to become a supplier of advanced weapons.

The Defence Undersecretariat said in a statement that firms had been asked to extend their bids until the end of the year, .

"The contract talks are ongoing and our secretariat is continuing with its work. In this context, the parties which do not wish to be excluded from the process....have been asked to extend the validity of their bids," The Defence Industries Undersecretariat said in a statement.

But Turkey has repeatedly said its decision is not final and that it is open to bids from other companies.

"The air defence system that is planned to be supplied is a very complex system that is made up of numerous sub systems. It is a natural process to carry out detailed work and examination such as the domestic infrastructure that will be set up, joint production areas and technology transfer as part of the supply process of this system," the statement said.