Palestinian students may be airlifted to Turkey for education 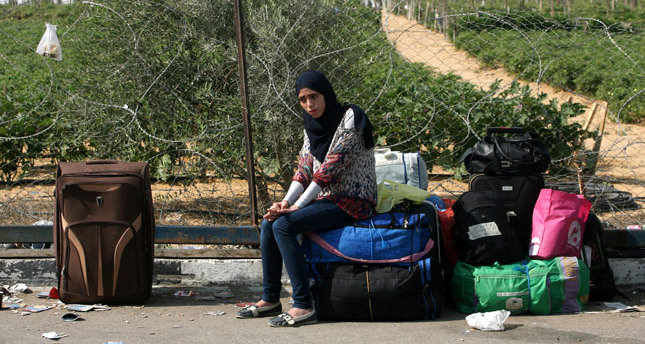 by Daily Sabah Aug 27, 2014 12:00 am
Turkey plans to airlift 129 students from Gaza who were granted scholarship in the country for their outstanding achievements. Students, who would study at universities in Turkey, cannot leave the Gaza Strip due to the deteriorating security situation in the wake of Israel's constant attacks. But Deputy Prime Minister Emrullah İşler, a top government official who also supervised the efforts to bring Gazans injured in the Israeli offensive to Turkey for treatment, ordered the evacuation of the students. The group includes 40 undergraduate and 89 postgraduate students.

Turkish ministries will coordinate the efforts to bring the students to Turkey. All the students will have their expenses covered by Turkey. The registration process for admission to Turkish universities expires early September but it will be extended exclusively for Palestinian students.

Turkey, which has become a major education hub for students especially from the Middle East and Central Asia and the Balkan countries, hosts 15,000 students from 140 countries currently. The country will admit 4,000 foreign students this year to universities and 82,000 students from 176 countries have already applied for admission.

In its efforts to help Gazans, authorities have airlifted 48 Palestinians injured in Israel's attacks to Turkey for treatment. The country also delivers humanitarian aid to the Gaza Strip where the month-long Israeli attacks left the majority of the population homeless.
Last Update: Aug 29, 2014 2:47 pm
RELATED TOPICS