Allegations of negligence in reservoir disaster 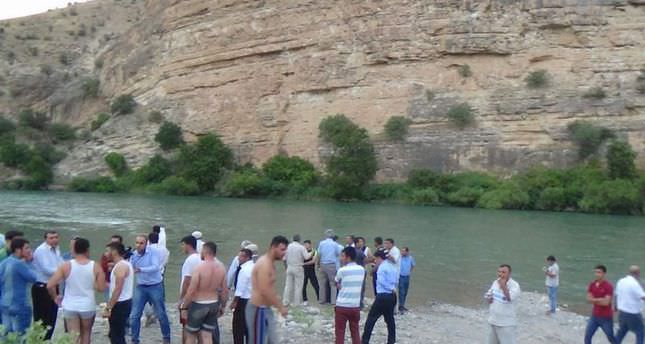 by Daily Sabah Aug 29, 2014 12:00 am
Opposition lawmakers claim that the opening of floodgates at a reservoir in southeastern Turkey last Sunday caused the drowning of six people, and might be the result of negligence for the part of the company operating the reservoir. A father, his three daughters and two brothers were killed on Sunday's incident after a deluge inundated the banks of the Botan Stream in the province of Siirt, drifting away picnickers on the banks.

The company claimed picnickers were on a spot they were not supposed to be when the floodgates opened, and they were also warned minutes before by sirens. The government and prosecutors launched an inquiry into the incident. Minister of Forestry and Water Management Veysel Eroğlu said they were looking into allegations that citizens were not adequately warned.

Özgür Özel, a lawmaker from the opposition Republican People's Party (CHP), said sirens blared from loudspeakers, yet they were not at a distance of 100 meters to the area where picnickers were located as claimed, but "3.5 kilometers away," and the alarms were at a very low volume. He said locals were accustomed to frequent sirens of police and military vehicles in the area and could not distinguish the sirens even if they heard them.

Veysel Eroğlu said some locals in the area had left the place after hearing sirens 15 minutes prior to the opening of the floodgates, but others preferred to stay. He said a comprehensive investigation will take place and will show whether negligence was the case.
Last Update: Aug 29, 2014 2:39 pm
RELATED TOPICS