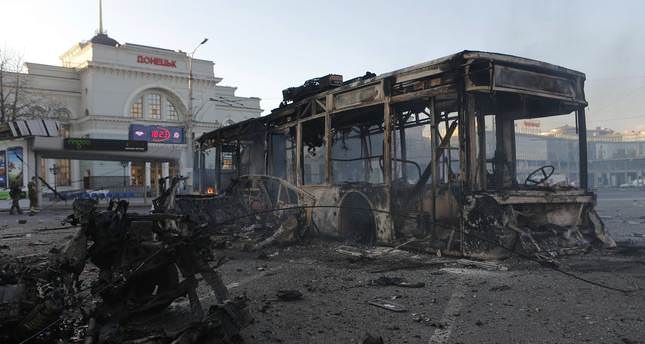 "Recently, we are worried about the stories of new clashes and using of heavy artillery in eastern Ukraine and serious border violations being committed," the ministry said in a statement.

The Turkish Foreign Ministry also called on parties to act in common sense to ease the tension and support solution with dialogue in the region.

Russia and Ukraine have failed to reach a concrete agreement over the crisis in eastern Ukraine after talks in the Belarusian capital Minsk on Tuesday.

The Russian Defense Ministry has denied allegations regarding the Russian invasion into eastern Ukraine, whereas NATO published on its website satellite imagery showing what it says are Russian combat troops inside Ukraine.
Last Update: Aug 31, 2014 1:54 pm
RELATED TOPICS