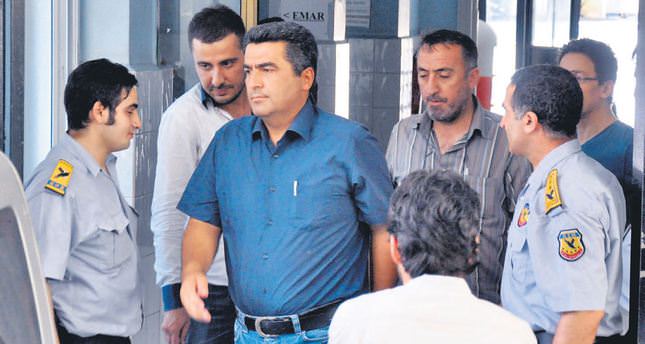 The Gülen Movement is trying to intimidate judges and prosecutors who are refusing to vote for their candidates at the Supreme Board of Judges and Prosecutors (HSYK) elections to be held on Oct. 12, according to a report by Turkish daily Yeni Şafak.

The Gülen Movement, led by the U.S.-based Fethullah Gülen, has been accused of orchestrating a smear campaign against the government late last year through spurious accusations and is also believed to be using its influence within the judiciary to taint the election. The movement, through its members who infiltrated several key state institutions including the police and the judiciary, is being investigated and dozens of police officers currently stand accused of illegally wiretapping top government officials.

According to the Yeni Şafak article, officials linked to the movement are threatening to launch inquiries against judges and prosecutors who refuse to vote for Gülen candidates to the HSYK, which is the country's top judicial body responsible for appointments.

The movement is said to have already launched several inquiries by using the HSYK Third Bureau, which is believed to be under its domination.

According to the report, the movement filed a complaint against noncompliant judges and prosecutors and the Third Bureau launches an inquiry. Officials have been placed under pressure on the eve of the key HSYK elections by assigning investigators to the cases.

The excuse most commonly used by the movement is said to be a "failure to launch an investigation in a timely manner," which will go on the official's record if found guilty. However, for a prosecutor to launch an investigation, he or she needs to register the file, question the victims and the witnesses and seek technical help if necessary. According to the report, officials linked to the movement have launched inquiries into the conduct of at least one prosecutor and three judges under the guise of misconduct.

The HSYK Third Bureau is also known for its inquiries into prosecutors who are investigating police officers accused of illegally wiretapping top government officials. The same bureau is said to have delayed resolving the complaint against Zekeriya Öz, the prosecutor at the center of the campaign against the government. Meanwhile, the strongest block in the HSYK election, the Unity in the Judiciary Platform, said its main campaign focus will be to end the Gülen Movement's influence within the judiciary.