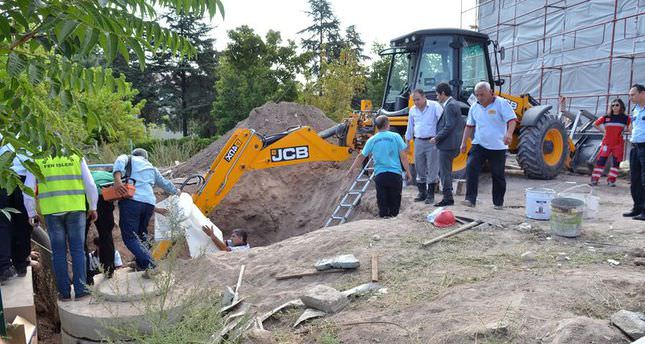 by AA
Sep 01, 2014 12:00 am
One person has died under a pile of rubble caused by a collapse at the construction site of the Agriculture, Food, and Animal Breeding Ministry building in Ankara, the Turkish capital, in the early hours of yesterday.

Eyewitnesses said Hüseyin Sayan was checking an underground leak when the accident happened around 4 a.m., causing a collapse in the area where the leakage was.

Efforts by the Turkish disaster and emergency agency, the fire department and Turkey's National Medical Rescue Organization, to rescue the watchman lasted about five and a half hours. Rescue teams eventually reached the body of the man in the wreckage. Officials said the wreckage was caused by the explosion of sewage pipe.