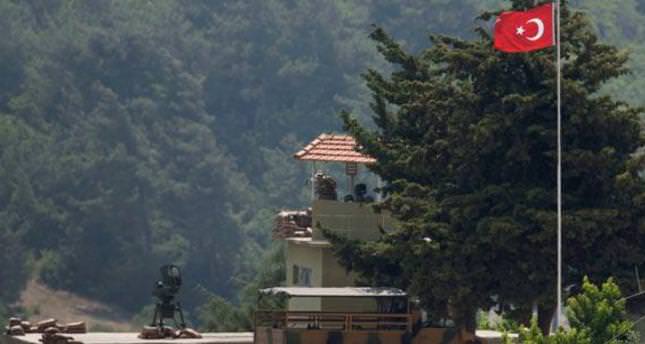 by Daily Sabah Sep 01, 2014 12:00 am
Turkey's lengthy border with Syria had an eventful day yesterday when clashes erupted among smugglers and security forces, as well as Syrians returning home from Turkey. In Kilis, a southern Turkish province on the border, security forces attempted to capture seven suspects including two Syrian nationals smuggling goods into Turkey. Smugglers resisted the troops and injured six soldiers in an altercation.

Suspects were detained and security forces found 12,500 packs of smuggled cigarettes in sacks the suspects were carrying.Troops also captured two Chinese nationals in Kilis as they tried to enter Turkey from Syria. The police only revealed their initials as M.T. and A.T. and said they were of Uighur origin. The two men were handed over to local police and will be deported to China after their interrogation.

Turkish police did not reveal whether the men were fighting in the ranks of rebels or other groups in Syria, or if they had other motives. Further east of the Turkish-Syrian border, 400 Syrians, who had taken shelter in Turkey due to civil war in their country, returned home. The group, including women and children asked permission from authorities to enter into Syria through the country's closed border crossing in the town of Akçakale. After a brief wait, they were granted access to Syria through the crossing that was closed on Jan. 6 due to security concerns. Syrians who fled into Turkey occasionally return to their country to relatively safer areas even though the violence has not lost its momentum, and continues to wreak havoc on the country in its fourth year.