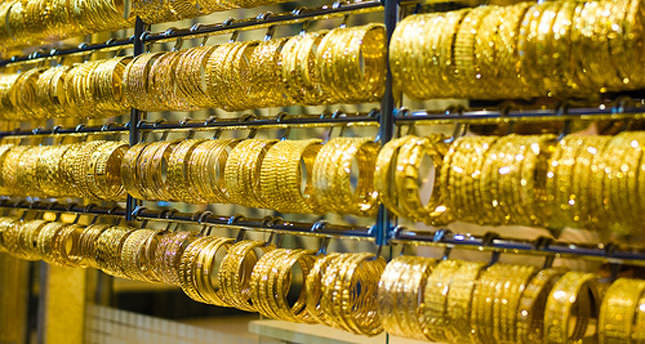 by Ali Şahin Sep 01, 2014 12:00 am
Thieves taking advantage of momentary carelessness by a security courier stole eight kilograms of gold in Istanbul's world-famous Grand Bazaar on Saturday. According to reports, four men and a woman started following the courier, who is a retired police officer. The courier, who was transferring the gold between two jewelers, left the suitcase full of gold in front of a shop, allowing the thieves to steal it and get away. Police officials immediately started an investigation. Cameras showed the five get into a taxicab, only to get off at Çemberlitaş and then get into another taxi to go to Kumkapı. The GPS devise in the suitcase eventually showed that the gold was in Kadıköy, on the Asian side, where the trail went cold.
Last Update: Sep 01, 2014 2:02 am
RELATED TOPICS