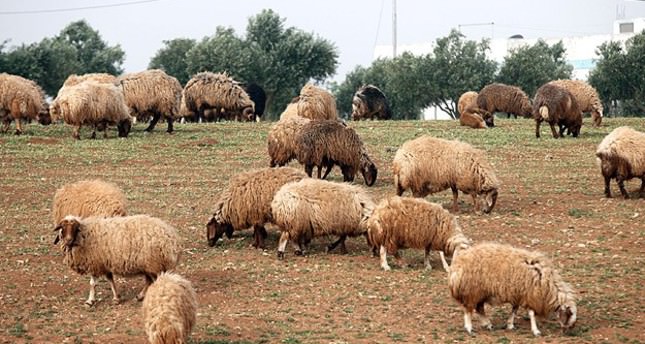 by Daily Sabah Sep 03, 2014 12:00 am
Blue tongue disease affecting sheep caused the quarantine of villages in five districts of the northwestern Turkish province of Kocaeli.

The disease killed eight sheep in the province and authorities moved to take measures against the infection of more animals. Ministry of Agriculture officials said the disease first surfaced in Greece in May and spread to Bulgaria, Romania and Italy. Officials said 980,000 animals were vaccinated in the Marmara region where Kocaeli and several other cities including Istanbul are located.

Mosquitos are carriers of the disease and an extermination campaign against mosquitos is currently underway. Livestock breeders are concerned about the deadly disease and sales ahead of Eid al-Adha (Kurban Bayramı), a Muslim festival in early October during which sheep are sacrificed.
Last Update: Sep 03, 2014 9:10 pm
RELATED TOPICS