An alarming growth in the number of illegal immigrants 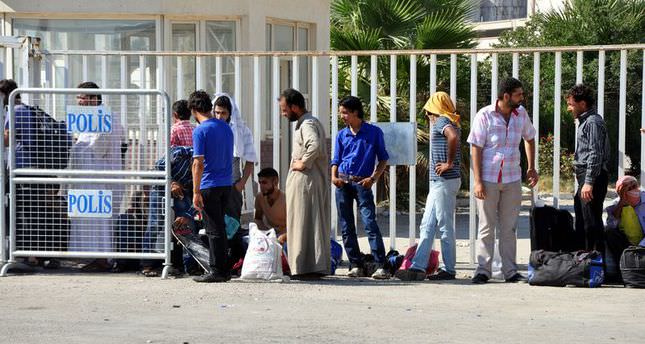 by Daily Sabah Sep 04, 2014 12:00 am
Turkish authorities have announced that the number of illegal immigrants captured while crossing the Aegean Sea to reach Europe has risen to over 7,500 in the first nine months of 2014, a significant growth compared to 6,937 immigrants captured in one year in 2013.

Despite strict security measures, undocumented immigrants flock to Turkey's western coast onboard dinghies that often capsize in the rough sea.

The figure is relatively high compared to 251 operations in 2013 in which 6,937 undocumented immigrants and 71 smugglers were captured throughout the year.

The Aegean Sea, which lies between Turkey and Greece, is a popular route among illegal immigrants from third-world countries seeking to reach Europe.
Paying large sums to human traffickers, immigrants travel in crammed and shoddy boats to reach the other side of the Aegean Sea where Greece, a major gateway to Europe, is located. However, they often end up drowning or rescued at the last minute, with few making it to Greece and only if the formidable Greek coast guard fails to apprehend them.

The country is a popular route for many illegal immigrants from Middle Eastern and Asian countries. Hundreds of illegal immigrants, many of which arrive via Iran and Iraq, smuggled into the country are captured every year. A growing Turkish economy in the last decade also led illegal immigrants to stay in Turkey instead of travelling onward to Europe, according to a report by Turkish police.

Turkey and the EU signed a readmission agreement in 2013 which stipulates that Turkey will take back custody of immigrants who illegally enter EU member states from Turkish territory and they will later be deported to their home countries. Turkey, in cooperation with EU countries on its maritime border and land border, has managed to strengthen control over its porous borders in recent years. Nevertheless, the flow of illegal immigrants continue.