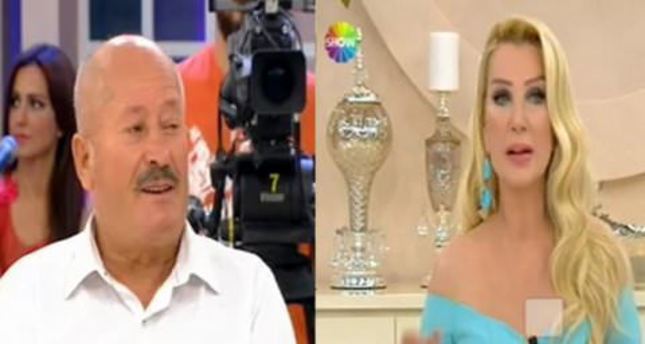 The show's host, Seda Sayan, drew public ire when she asked "why a man would kill his wife," and described Çalınak as a charming man. The son of one of the woman murdered by Çalınak criticized the host on a phone-in while Turks took to social media websites to denounce the appearance of Çalınak. Twitter users condemned Sayan for "legitimizing violence towards women."

Officials from The Radio and Television Supreme Council (RTÜK), a staterun body regulating TV programing, said they faced a barrage of complaints over the TV show and was investigating the show, implying that they might issue a fine to the show.

Sabahat Akkiraz, a lawmaker from the opposition Republican People's Party (CHP), filed a criminal complaint against Sayan. Akkiraz said in her complaint that Sayan was "trying to justify the murder of women by their spouses." "She asked to Çalınak why a man would kill his wife and attempted to show that such murders are normal.

She said in the show 'have you ever seen a murderer with a such smiling face?' Further, she hosted a rape suspect and praised him as well," Akkiraz said in her letter of complaint. She was referring a yoga guru accused of a string of rapes.Sayan said in the show that she was acquainted with the guru and "he would never do such a thing."Akkiraz said in her letter that Sayan glorified crimes and criminals throughout her show. "The women were shown as almost deserving the violence they were subject to. (Sayan) and TV station she works at acted in a socially irresponsible manner, given that TV and other mass media are influential on the public," Akkiraz said, calling on the prosecutors to take legal action against Sayan and the TV station.

This is the second case of outrage over a domestic violence perpetrator's appearance on TV. Last week, a TV show hosted a man accused of severely injuring his wife, and male guests in the studio praised the man for the attack against the woman "who has been unfaithful to her husband."