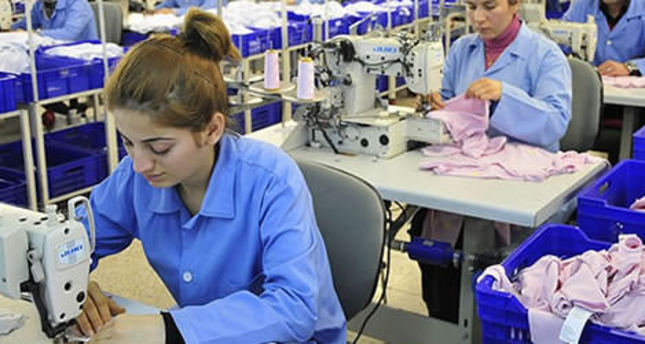 Turkey's Human Development Index value for 2013 is 0.759 - which is in the high human development category - positioning the country at 69 out of 187 countries and territories and above the average of 0.738 for countries in Europe and Central Asia.The Human Development Index is a summary measure for assessing long-term progress in three basic dimensions of human development: a long and healthy life, access to knowledge and a decent standard of living. "Gender equality continues to be a challenge for Turkey's development and will remain a top priority focus for the U.N. in Turkey in the post-2015 period," Malhotra said.

According to the Gender Inequality Index (GII), Turkey has a value of 0.36, ranking it 69 out of 149 countries.Malhotra said this situation indicates a higher level of gender inequality compared to both the high index group and the Europe and the Central Asia region of which Turkey is a part. "This is particularly due to women's woefully low level of participation in politics and in the labor force, as well as women's lower level of secondary education compared to men," he added.

Malhotra also underlined that the four crucial parts of the report are "the importance of universal access to social services, the significance of addressing life cycle vulnerabilities, with a particular focus on early childhood development; and a return to a priority for full employment which unfortunately lost its significance in the last couple of decades."

According to the report, some 1.2 billion people worldwide live on less than $1.25 (TL 2.7) a day, and 2.7 billion below $2.50 a day. Moreover, 1.4 billion people are multidimensionally poor - as measured by the multidimensional poverty index. The report also added that these numbers are declining but progress is fragile, "many people live just above the poverty threshold," the report reveals.

Malhotra stressed the vulnerability issue in the Human Development Report, with over 2.2 billion people having overlapping deprivation in health, education and in living standards. "Despite recent progress in poverty reduction, there are still more than 2.2 billion people with overlapping deprivations in health, education and living standards, with almost 1.5 billion of them deprived in all three. That means more than 15 percent of the world's population remain vulnerable to multidimensional poverty," he explained. "Meanwhile three-quarters of the world's poor live in rural areas, where agricultural workers suffer the highest incidence of poverty, caught in a cauldron of low productivity, seasonal unemployment and low wages."
The 2014 Human Development (HDI) Index values and ranks 187 countries and U.N.-recognized territories, along with the inequality-adjusted HDI for 145 countries, the Gender Development Index for 148 countries, the Gender Inequality Index for 149 countries, and the Multidimensional Poverty Index for 91 countries.

The 2014 Human Development Report estimates that around 1.5 billion people across 91 countries suffer from multidimensional poverty and an additional 800 million people are at risk of falling back into poverty. The report also indicates that human development progress is slowing down compared to previous periods as a result of the adverse impacts of globalization, as well as global financial and food crises. By the end of 2012, the world witnessed the highest ever number of displaced people due to violence: 45 million people were affected in this manner as a result of violence by the end of 2012.