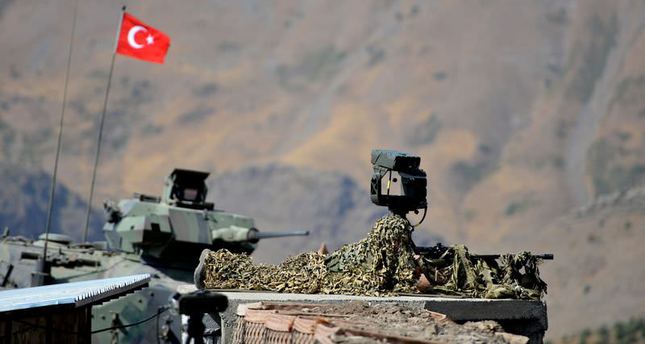 by Daily Sabah Sep 05, 2014 12:00 am
Six people including four Turkish soldiers were injured when smugglers clashed with security forces in the southeastern Turkish province of Hakkari on Friday. Smugglers were attempting to cross into Iraq from the province's Yeşilova village when soldiers patrolling the border intervened. The smugglers responded by hurling stones at the troops who fired tear gas in return. The injured were hospitalized while a large number of troops were dispatched to the area.