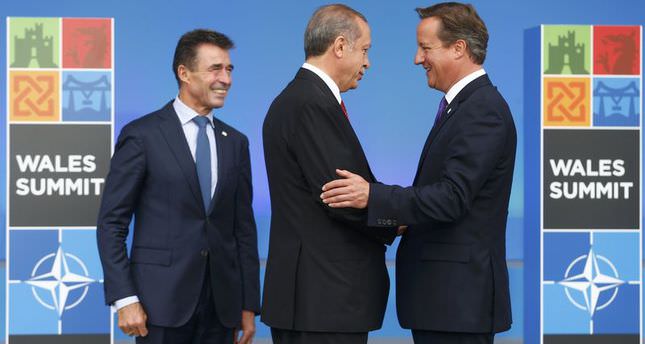 by AA Sep 06, 2014 12:00 am
Turkey is uniquely qualified to play a leading role in resolving the crisis in Iraq and Syria to improve the stability in the Middle East, said U.S. expert Jorge Benitez.

Turkey with its geographic, military and diplomatic power can be used as a stabilizing factor in the Middle East to help stem the threat of the self-proclaimed Islamic State of Iraq and al-Sham (ISIS).

The advances of the ISIS militants in northern Iraq and Syria are among the top issues of a high-level NATO summit in Wales that ended Friday. The militant group, renowned for extreme violence such as the beheading or burning alive of their victims, threatens the presence of many different ethno-religious groups, including Ezidis, Christians, Turkmen and Shabaks.

U.K. President David Cameron and U.S. President Barack Obama said they see the ISIS not only as a regional but a national threat in an article penned prior to the NATO summit.

"NATO ... is also an alliance based on national self-interest. Whether it is regional aggression going unchecked or the prospect that foreign fighters could return from Iraq and Syria to pose a threat in our countries, the problems we face today threaten the security of British and American people, and the wider world," read the article.

Benitez estimated that individual NATO members like the U.S., U.K and Germany "will try to stop the ISIS through various measures from military airstrikes to the arming of the Kurds," but did not mention any possibility of NATO's direct involvement on its southern border.

"It will be important for Turkey to contribute to these efforts and play a leadership role due to the proximity of the threat to Turkey's border and Turkey's significant military capabilities," Benitez said.

Professor Anatol Lieven from the Georgetown University in Qatar said that one thing Turkey can do and the U.S. should have done years ago is to bring Iran back into international politics.

Lieven explained that the spillover of the conflicts in the Middle East increase the need for cooperation with the regional actors.

"Full political relations with Iran are needed. We cannot just do without a relationship with Iran," he said.

The threat of the ISIS brought unlikely actors on the same side such as Russia, Iran, the U.S. and the West in the Middle East.

The West and Iran have come a long way in reviving ties with Iran since 2013 with negotiations on curbing Iran's uranium enrichment.