Greenpeace ship in Turkey against plants 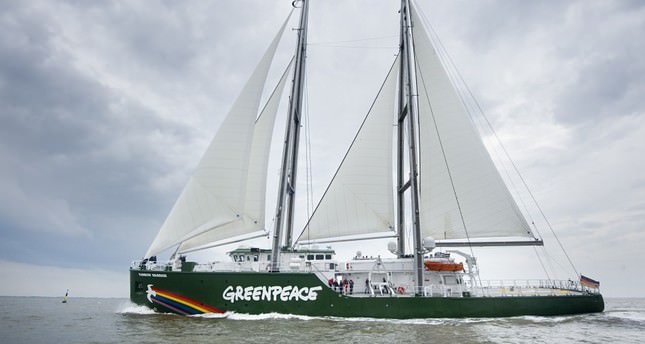 by Daily Sabah Sep 07, 2014 12:00 am
Greenpeace's Rainbow Warrior III, the namesake of the environmental organization's iconic vessels, docked at Istanbul on Saturday for a three-day campaign in the city.

The vessel docked at the Üsküdar coast on Istanbul's Asian side will be open to visitors until Sept. 9 before it leaves for a tour of Turkey's Black Sea coast as well as Çanakkale and İzmir in country's western coast.

Pınar Aksoğan, a Greenpeace activist, said their flagship Rainbow Warrior III made its first visit to Turkey. She said the ship will host a campaign to raise awareness to coal thermal power plants during its stay in Turkey. Aksoğan said the plants were among the major pollutants of air and called on the Ministry of Health to take action to prevent the harm inflicted by the plants on human health.