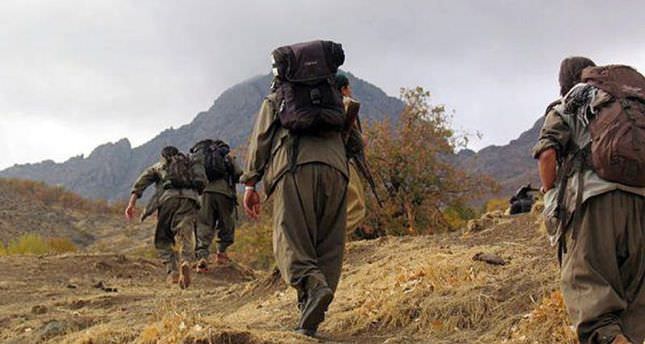 by Daily Sabah Sep 08, 2014 12:00 am
The Kurdistan Workers' Party (PKK) kidnapped 11 children between the ages of 15 and 18 in the village of Çataklı located in the eastern city of Turkey, Muş, on Sunday evening.

The group of 30 armed militants gathered the villagers in a mosque, asking for their cooperation. One man who did not want to give up his son said, "Please release my son and take me instead." Upon the father's comment, one of the militants reportedly said, "I have been doing my military service on the mountains for the last 28 years. We need more soldiers."

The Governor Vedat Büyükersoy said, "We do not yet know if the children went willingly, or if they were abducted by force."

"We will be informing the media in the following hours."


The Turkish government is taking groundbreaking steps in terms of settling its 30 years-long conflict with the PKK by facilitating the homecoming of the militants. A new phase in the reconciliation process is about to start in October when the road plan set out for the militants to lay their down arms will be reportedly finalized and announced to the public.