Miners return to work at Soma mine 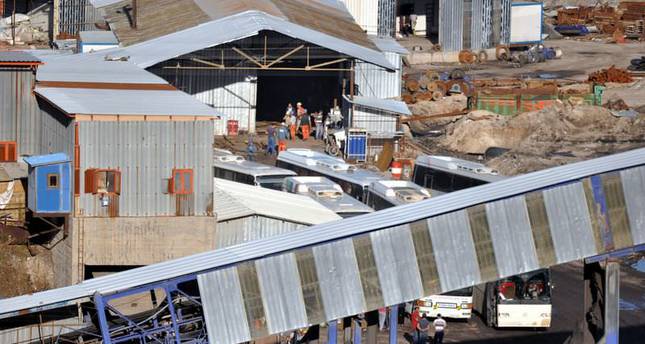 by AA Sep 09, 2014 12:00 am
Coal production restarted yesterday at Işıklar mine owned by the company who operated the Eynez coal mine that was the scene of Turkey's worstever mining disaster in May 2014. As many as 2,000 miners have returned to work in the mine in the western town of Soma after the country's mining supervisory authority approved the facility's production conditions. "All the required conditions that inspection reports said were lacking in the production units and in the surrounding areas have been met," Soma Governor Mehmet Bahattin Atçı said.

Production at Işıklar mine, owned by Soma Holding, was halted a fortnight after the mining disaster at another of the company's mines in Soma that claimed the lives of 301 workers on May 13. The disaster, the worst in Turkey's history, was caused by an explosion and fire that filled the mine's shafts with carbon monoxide gas, causing concerns about the work safety standards in the country's mines.