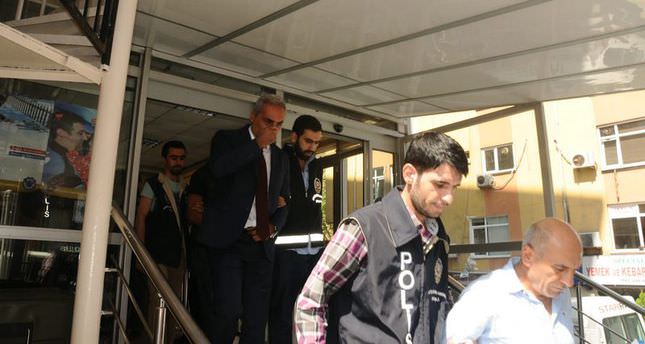 by daily sabah
Sep 10, 2014 12:00 am
Six suspects are being questioned by prosecutors in Istanbul over Saturday's elevator accident at a construction site that killed 10 workers. Among the suspects are two elevator technicians, the construction site's foreman, the accounting manager of the company building the housing block where the accident happened and the general manager of the elevator company. Turkish media reported that the construction company's acting chairman was also questioned by the police. He is believed to have told police that the responsibility of the elevator's safety was on the subcontractors providing the maintenance of the elevator.

Meanwhile, a team of seven experts, assigned by officials investigating the accident, are continuing to probe into the accident. Quoting inspectors from the Ministry of Labor and Social Security, Turkish media outlets reported that the initial findings said that the accident stemmed from negligence on the part of the company operating the construction site. Inspectors were also quoted as saying that a piece of equipment vital for slowing down the fall was missing and a single elevator was used for the transportation of people and construction equipment instead of separate elevators required for work safety.