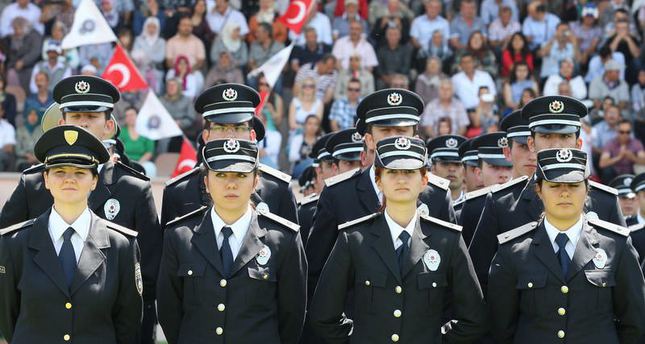 by Mehmet Ali Berber Sep 11, 2014 12:00 am
Turkey's Police Academy, where the future police officers of the country undergo training, will teach recruits Kurdish, Armenian, Arabic and other languages commonly spoken in many parts of the country.

Restructuring its curriculum, the academy will offer selective courses on the abovementioned languages as well as in Greek, Russian, Farsi, Georgian and Turkic languages.

Through the new courses, Turkish police aim to improve its communication with minorities in the country as well as immigrants, particularly displaced Syrians and Iraqis taking shelter in Turkey.

Apart from language courses, the police training process will undergo a major overhaul which will see a shorter training and implementation of a series of changes to bring them in compliance with standards of police training in EU countries.