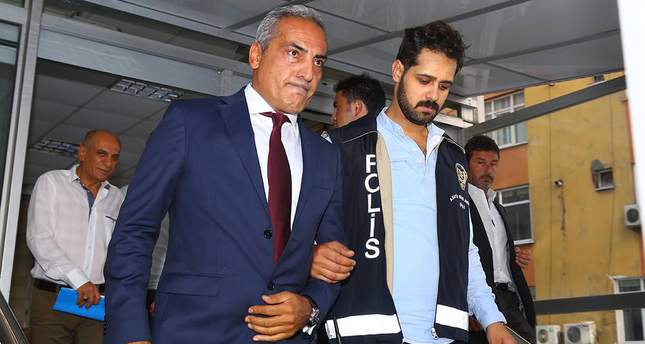 by Daily Sabah Sep 11, 2014 12:00 am
Four people including two senior managers were arrested in connection with the elevator collapse in a central Istanbul construction site last weekend that cost the lives of 10 workers and brought scrutiny over the lack of safety in the sector.

An Istanbul court has ordered the arrest of four people including two senior managers in connection with the elevator accident that took place on Sept. 6 claiming 10 workers' lives.

Site manager Önder Türksoy, project director Murat Aytimur along with elevator technicians Adem Akyıldız and Turgay Dalkılıç who are charged with 'reckless homicide' were arrested on Thursday among the six suspects that were detained as part of the investigation into the accident.

Two remaining suspects were released pending trial but were banned from going abroad as a security measure.

Prosecutors conducting the investigation took the statements of the 11 people following the accident and sent 6 of them to court demanding their arrest. The other five people were released after giving their statements.