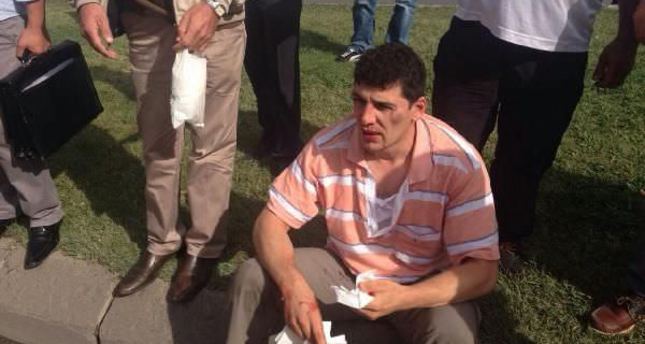 by AA Sep 11, 2014 12:00 am
Employees at the Kuwaiti embassy in the Turkish capital of Ankara have been accused of beating up a Turkish Air Force pilot after an altercation.
Major Hakan Karakuş was driving his family to a hospital in Çankaya, where many embassies are located, when a Kuwaiti diplomat's car overtook him and almost caused him to crash. When Karakuş warned the driver, four embassy officials stepped out of the car and engaged in a brawl with the pilot. Karakuş was hospitalized for injuries to his head while a passersby intervened to stop the beating.

Fearing a reprisal once an angry crowd surrounded him, a Kuwaiti diplomat, who was reportedly among those assaulting Karakuş, took shelter in the offices of a nearby bank. Turkish police took the diplomat to the police station for questioning.

Eyewitnesses claimed three assailants kicked Karakuş in the face repeatedly and told the crowd, which was trying to intervene, that they had diplomatic immunity.

The Turkish pilot, who was in Turkey from a NATO mission abroad after his wife gave birth, was taking the infant to hospital for a vaccination when he was beaten. The pilot is undergoing treatment at Gülhane Military Medical Academy, a military hospital in the Turkish capital.