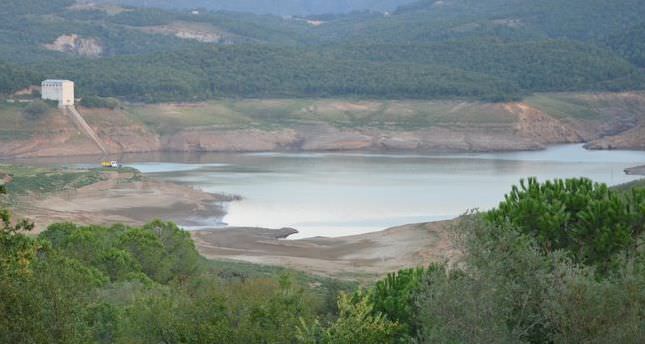 by Daily Sabah Sep 11, 2014 12:00 am
A pipe line that will supply additional water into the Gökçe dam from the Kurtköy stream in order to prevent frequent water cuts that occur in Yalova province due to drought, started running late on Tuesday, a solution which many think will solve the problem of water shortage in the region.

The decision to build a pipe line to supply water from the stream in question was made by the officials two months ago. Following 2-months-long efforts, the installation of a line of 7 kilometers was completed and began operating last night.

The locals hailed the opening up of the line as it is thought to reduce the water cuts if not eliminate the problem as a whole.

Climate change and wastage of water resources, particularly in irrigation, raised concerns in Turkey about a severe drought. Water levels in dams sporadically drop significantly, only to be filled again with sudden bursts of rainfall. The government reassured the public that the country and its most populated city Istanbul will not face a water shortage with measures such as additional facilities including dams and an improved network of water pipelines facilitating the transportation of water to places remote from resources or with scarcity in their reservoirs.