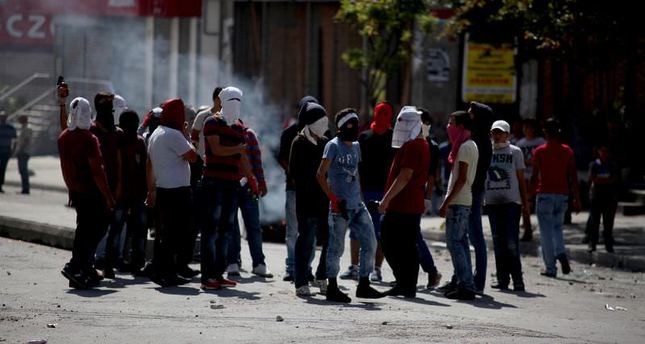 by Daily Sabah Sep 12, 2014 12:00 am
Police launched raids on several locations in Istanbul's Sultangazi district on Friday and detained 15 suspects accused of being members of the terrorist Revolutionary People's Liberation Party-Front (DHKP-C) organization.

The police also confiscated two pistols and a rifle belonging to the suspects. Following the raids, a group of DHKPC supporters staged riots in the district, setting up barricades on the streets. Riot police intervened in the crowd and fired tear gas and water cannons to disperse some 100 rioters.