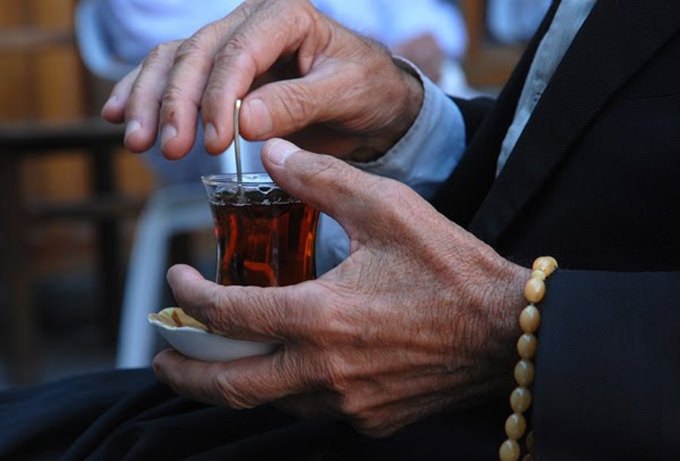 by Daily Sabah Sep 12, 2014 12:00 am
Dursun Ali Şahin, governor of the northwestern province of Edirne, follows in the footsteps of former New York Mayor Michael Bloomberg, one sugar cube at a time. Şahin has ordered coffeehouses, a popular form of cafe in Turkey, to serve tea, Turks' favorite national drink, with only one sugar cube, instead of the traditional two cubes. His move to ensure the wellness of locals by decreasing their consumption of sugar is reminiscent of New York Mayor Michael Bloomberg's campaign to limit sugar-sweetened drinks in New York by attempting to ban oversized cups in which drinks are served. However, Bloomberg and his successor Bill de Blasio failed to impose the ban when the New York Court of Appeals struck down the proposed limit, saying that the mayor's office has no authority over restrictions on beverages. The Edirne governor, on the other hand, has the authority to issue decrees in areas that the governorate may declare hazardous to public health. The board of the governorate's Public Health Authority unanimously adopted the proposal by Şahin. Nevertheless, it is not an outright ban, nor in the style of autocratic governance. Patrons of coffeehouses or "kahvehane" in Turkish, are still allowed to have two or more sugar cubes with their glass of tea if they request it. Coffeehouse employees are also ordered to serve packaged sugar cubes only instead of those served unpackaged, which are not hygienic.

Governor Şahin told reporters it was his duty "to protect public health." "Some people welcomed it, while others think that the governorate has no say in their daily lives. Sugar is, in a way, a poison for us. It is hazardous to human health," the governor said. Regulations on Edirne's coffeehouses are not limited to a single sugar cube. Şahin also ordered coffeehouse owners to buy dishwashers to keep the glasses in which they serve tea and other drinks cleaner due to health concerns. Coffeehouses are mostly a hub for the unemployed or the retired who spend their days playing backgammon and other games or watching TV while heated debates mostly about politics and football dominate conversations. The governor has a solution for the habits of patrons wasting their time on trivial matters. He ordered that every coffeehouse in Edirne should offer at least one national and two local newspapers to customers every day.

The governor did not mention the reason for this order, but it would definitely boost the media literacy of coffeehouse regulars. This is not the first time Governor Şahin has launched a fight against sugar. While serving as a governor in the Black Sea province of Giresun two years ago, he urged coffeehouses to serve tea with one sugar cube. The governor's fight against the white stuff with unhealthy connotations first started in Giresun when he ordered restaurant owners to remove salt shakers from tables in the province where salt consumption was five times higher than the daily average intake of salt (two to five grams) as recommended by the World Health Organization.