Justice Ministry to stop Gülenist blackmailing within the judiciary 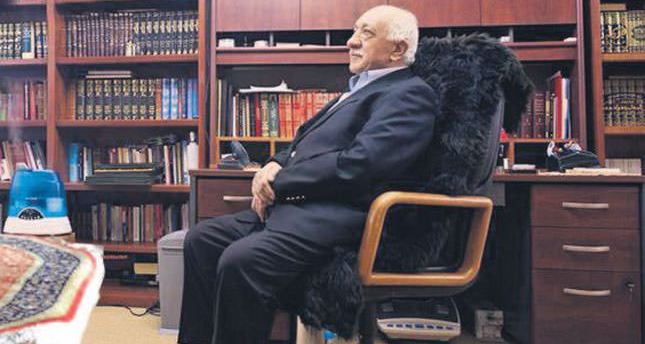 by Mehmet Ali Berber Sep 13, 2014 12:00 am
In a regulatory amendment pack sent by the Justice Ministry to Parliament, the government is seeking to discharge 1,229 disciplinary cases against prosecutors and judges, many of which were reportedly given by agents of the Gülen Movement in the judiciary. According to reports, followers of the Gülen Movement - led by the U.S.- based imam Fethullah Gülen - within the Supreme Council of Judges and Prosecutors (HSYK) have been blackmailing prosecutors and judges with anonymous advice letters and rumors. With the amendment to a regulation, 1,299 finalized disciplinary cases will be discharged and there will be no legal procedure for 7,659 other cases that are waiting for a decision and 518 cases that will be reevaluated. However, the investigation cases into prosecutors with links to the Gülen Movement will not be dismissed.

These prosecutors including Chief Public Prosecutor Zekeriya Öz, Muammer Akkaş and Celal Kara, the prosecutors who carried out the Dec. 17 and Dec. 25 operations in which Gülenists tried to topple the elected government through their agents within the judiciary and police department.
Ahmet Hamsici, the head of the 3rd Chamber of the HSYK, which is believed to be controlled by Gülenists, had previously threatened prosecutors who were questioning the Dec. 17 and Dec. 25 operations with opening investigations against them. Hamsici's move was interpreted as an open threat against critical prosecutors. Furthermore, Hamsici had refused to investigate cases requested against Gülen-linked prosecutors.

In a surprising move, the 3rd Chamber, which previously refused to investigate Öz for suggesting an end to then Prime Minister Recep Tayyip Erdoğan's life, decided on Friday to start an investigation into Öz's actions, who wrote on his Twitter account without citing Erdoğan's name: "No one should desire dictatorship after the last century? His end will be like Saddam and Gadhafi. No matter who adopts lawlessness pays the price."

Turkish Justice Minister Bekir Bozdağ recently blasted prosecutor Öz and called the HSYK to act against Öz. "Would you believe the independence and impartiality of a public prosecutor who threatened the country's prime minister with death without citing his name? Would you believe that this person can be someone who believes in the rule of law?" Bozdağ said. "Some members of the HSYK's 3rd Chamber are not only stretching the limits outlined by the Constitution and the law, but they go beyond these limits and contravene them," Bozdağ said, who claimed this was an explicit violation.

The 3rd Chamber clashed with the government when it ruled against prosecutors including Turan Çolakkadı and Oktay Erdoğan, who questioned the series of lawless procedures following the Dec. 25 operation and requested an investigation into them. Likewise, the chamber has also opposed Bozdağ's prerogatives and said that he does not have the authority to appoint inspectors to the HSYK's Inspection Board.

The HSYK has recently decided to investigate the accusations against Prosecutor İrfan Fidan and Judge İslam Çiçek, both of whom are looking into the case investigating illegal wiretappings by police officers allegedly linked to the Gülen Movement.

Media reports revealed that Öz and his family went on a luxury vacation to Dubai and claimed that the Turkish real estate tycoon Ali Ağaoğlu, who was briefly detained for questioning as part of the Dec. 17 operation, covered travel costs in excess of $40,000 (TL 8,800). Press reports led the HSYK, Turkey's supreme judicial body that has the mandate to inspect and examine judges and prosecutors, to initiate an internal investigation to shed light on the prosecutor's ties with the business tycoon.
Last Update: Sep 13, 2014 1:24 am
RELATED TOPICS