Mortar rounds from Syria on to Turkish town 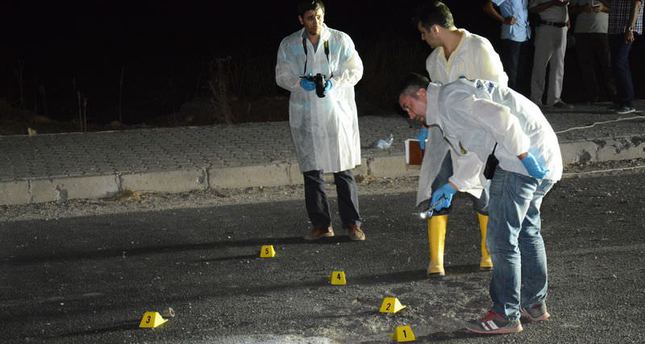 by AA Sep 15, 2014 12:00 am
Several mortar shells from Syria dropped on the southeastern Turkish town of Nusaybin yesterday.

The rounds landed on the Nusaybin section of the European route E90, known as "the Silk Road" in the region, that connects Iraq to Europe. They were purportedly fired by Islamic State of Iraq and al-Sham (ISIS) militants fighting in Syria, local sources told Anadolu Agency. No casualties were reported.

Nusaybin is located across from Qamishli, a Syrian town where ISIS is engaged in clashes with Kurdish militants from Syria's Kurdish People's Protection Units (YPG).

Syria has been gripped by almost constant fighting since President Bashar Assad's regime responded to anti-government protests in March 2011 with a violent crackdown, sparking a conflict which has spiraled into a civil war.

The anti-Assad insurgency in large parts of Syria has recently been hijacked by militants of ISIS, who control several key cities in the north and east including Raqqah and Deir ez-Zor. For months, ISIS has run riot, capturing large swathes of land in both Iraq and Syria.

Sharing a lengthy border with Syria, Turkey occassionally sees a spillover of violence from the war-torn country, with mortars and shells hitting the border towns and villages. In 2012, five Turkish citizens were killed when shells from Syria's Tal Abyad hit a house in Akçakale, a town in the southeastern Turkish province of Şanlıurfa.