PM Davutoğlu: Turkey does not receive rating it deserves 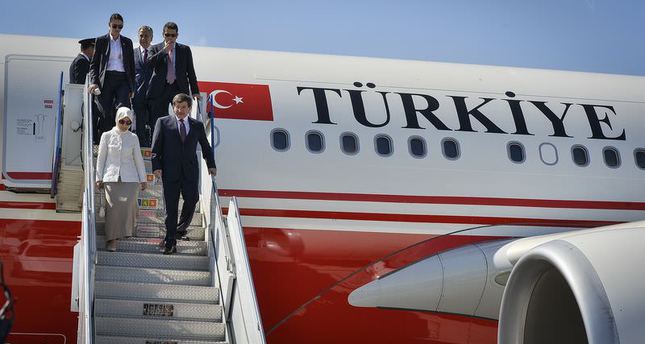 by Daily Sabah Sep 16, 2014 12:00 am
Turkey's credit rating is below what it should be, said the newly-elected Turkish Prime Minister Ahmet Davutoğlu, at a press conference held at Ankara Esenboğa Airport on Tuesday.

"We expect the credit rating agencies to be objective", he said, just before his first visit abroad as PM, which is to the Turkish Republic of Northern Cyprus (TRNC).

"After the election (presidential), there is a much more optimistic atmosphere, but these agencies are not taking this into account during their evaluations."

The agencies downgrade the credit rating outlook of Turkey even at a slight tension, Davutoğlu stated.

Another topic Davutoğlu touched upon at the press conference was the continuous depreciation in Bank Asya's shares. He said, "If any bank, including Bank Asya, operates outside the framework of objective criteria of the system, it is every institution's duty –above all Turkish Banking Regulator BDDK– to carry out evaluations on the bank."

"We will altogether review the steps to be taken."

The government of AK Party plans to introduce a law allowing Turkish male citizens above a certain age to avoid mandatory military service by reportedly paying 20,000 TL. The law will provide funding for the government, but also it raises a debate about the equality and national unity of the country.

Davutoğlu also commented on the negotiations between Turkish and Greek Cypriots for a solution to the issue of a long-divided Cyprus. He said, "The negotiation process has accelerated and we will be there (TRNC) to offer our support to TRNC."

Cyprus has been divided into a Turkish north and an internationally recognized Greek south since 1974. Talks between the Turkish and Greek Cypriot leaders and efforts to reunite the island have so far failed to reunify the island.