Government to press ahead with anti-drug struggle 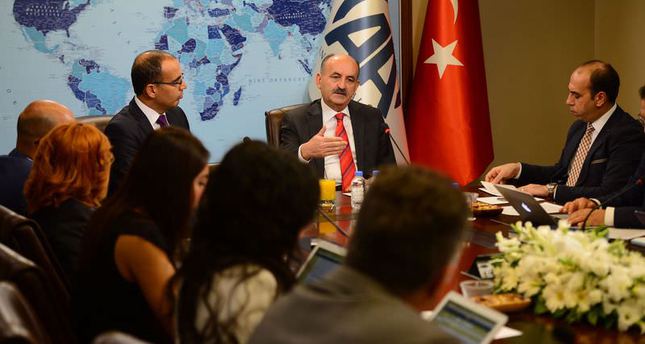 by Daily Sabah with AA Sep 16, 2014 12:00 am
Drafting a new plan to curb the drug addiction threat plaguing the country's youth, Turkish government mulls a more effective ban and a nationwide awareness campaign

The Rapid Action Plan Against Drugs dominated the agenda of a Cabinet meeting on Monday. Minister of Health Mehmet Müezzinoğlu presented the plan, which was prepared in coordination with seven ministries, to the cabinet meeting.

Steps to be taken against drug abuse, especially among high school youth, are included in the plan.

The ministries will work in coordination to set up "an early warning system" in schools to detect troubled youth and cooperate with parent-teacher associations.

As for victims of drug abuse, the government plans to move rehabilitation centers treating alcoholics and drug users to city hospitals. Alcohol and Substance Abuse Therapy and Educational Centers (AMATEM) will be in "maximum security" facilities to prevent patients from skipping treatment.

In terms of the legal struggle against narcotics, the government will introduce a blanket ban on drugs instead of separate bans implemented at times against each type of drug. All substances with narcotic qualities will be subject to fines and sentences.

A hotline will set be up for anonymous tip-offs regarding the activities of drug peddlers. Tip-offs leading to the seizure of drugs and suspects will be rewarded.

A text accompanying the Rapid Action Plan presented at the government meeting indicates that a rise in drug use in the world and the anti-drug struggle cannot be successful without new regulations and laws and needs the active participation and cooperation of citizens. The text states that Turkey has "an advantage" in its fight against drugs, the advantage being "the sensitivity of family and society against drugs." However, it adds that the majority of the population is composed of young people and increasing alienation in society were "weak links" in combatting drug use. It says that a mass struggle against drugs was needed with the involvement of citizens.

An awareness campaign will cover schools where administrators and parents join forces to be more vigilant against drug peddlers in the vicinity of schools, while counter-narcotics teams from the Turkish National Police will patrol those areas against drug sales to students.

Speaking to the Anadolu Agency, Minister of Health Müezzinoğlu said Turkey was relatively safe in comparison to EU countries in terms of drug abuse among youths. "The rate of people between the ages of 15 and 24 experimenting with drugs averages 30 percent in EU, while it is 2.7 percent in Turkey. This is a very low figure, but still, we have to remain alert. Our country is not under risk, but Turkey has a risk potential, and we might be in the next few years if we do not conduct an effective struggle," he said.

Müezzinoğlu said the plan was still under discussion and may be amended after new proposals from several ministries. "The Ministry of National Defense, for instance, offered a contribution to the plan in terms of educating the conscripts against the dangers of drug addiction," he said.

The minister also denied that the age of drug use had dropped to seven or eight. "There are no concrete figures to back up that claim. There are children as young as nine using drugs but the number is few. Drug use usually starts at 14," he stated.

Highlighting the risk of bonzai, a synthetic drug that recently became popular in Turkey, Müezzinoğlu said there are over 300 varieties worldwide and Turkey already banned 130 types of bonzai. "But drug-makers frequently change its components and use chemical substances legally sold in Turkey so that it cannot be categorized as an illicit drug. We enact new regulations banning those new drugs but they always come up with a new formula. With a new widespread ban, we will prohibit the use of all substances that are narcotic," he said.

On the hotline for drug users, Müezzinoğlu said it would also serve as an information line for parents who suspect their children use drugs.

"Parents who suspect that their son or daughter is taking drugs do not know what to do. They also don't want it to be heard. The drug user needs treatment but parents don't want it to be known by their friends and relatives. This new hotline will provide them with the anonymity they need and we will address their concerns about their children's drug use by directing them to rehabilitation centers, offering tips on the phone and all these will be done in confidence upon request," he said.