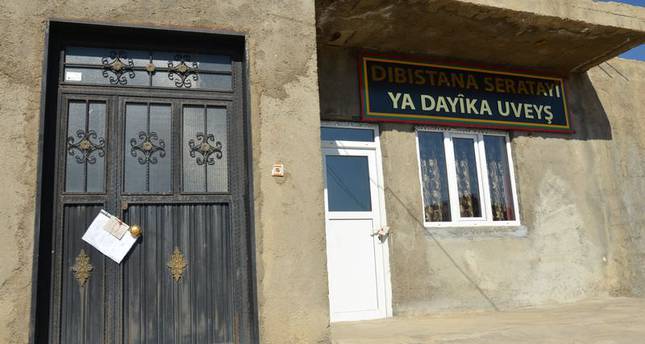 Defying state regulations for opening a new school, several nongovernmental organizations in southeastern Turkey, backed by some opposition parties affiliated with the PKK, decided to open three schools in three provinces, without receiving permits from state authorities first as required by Turkish law.

The school in Diyarbakır was shut down by authorities hours after it opened for the new academic year that began on Monday. The other two in Şırnak and Hakkari were shut down yesterday.

Speaking on the issue on Monday, Deputy Prime Minister and Government Spokesman Bülent Arınç said private schools that will teach a Kurdish curriculum were obliged to have met certain technical requirements to be granted official permission. "They simply put bricks together, built a place they called a school and did not openly say it was a Kurdish-language school. This purely serves the propaganda [of the PKK]," he said.

"A private school should be fully equipped in line with current regulations," Arınç said. He noted local authorities had visited schools and found they violated education regulations and were illegally built without permission. "They keep Turkey occupied with attempts to fuel provocation. We have laws in place. You cannot disregard the laws. What we have here is a building that the local municipality declared as a Kurdish school. They need to have teachers and staff approved by the Ministry of National Education but they didn't," he said. Arınç emphasized that Turkey had "a rule of law," adding, "You have to obey the laws like everyone else set out to open a private school." He stated that the government would certainly authorize the opening of a private school teaching Kurdish if they fulfill the requirements, but that was not the case with the three schools in the region.

Meanwhile, nongovernmental organizations and the opposition parties declared they would defy the closure and reopen the schools.

Turkey's AK Party government initiated a "reconciliation process" with country's Kurdish population that has been subject to discrimination and a brutal crackdown in the past due to violent exploits by the PKK. The process aims to end the PKK's influence on Kurds and restore their long-neglected rights such as education. However, the PKK, concerned with a decline in its clout over Kurds, seeks to spark ethnic tensions according to experts. Turning to a show of force, the PKK occasionally set up checkpoints and started riots. Unauthorized schools are regarded as part of its attempt to stage a comeback.