Mines opt for closure instead of improving workers’ rights 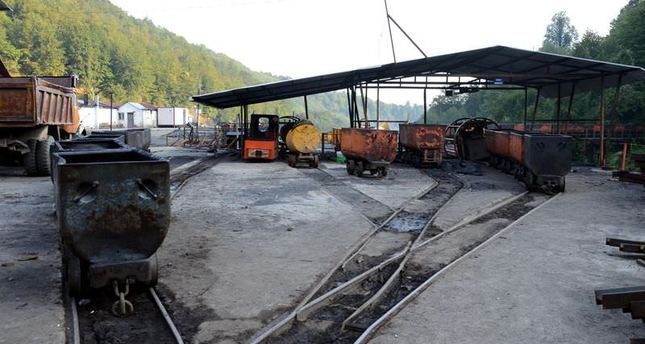 by Daily Sabah Sep 17, 2014 12:00 am
In response to a new bill bolstering miners' rights and boosting their pay, private mining companies are shutting down mines as many claim they cannot profit by paying more to employees.

Passed in the Turkish Parliament last week, the bill brings about significant amendments to miners' rights such as the removal of seniority requirements for higher pay and benefits, less working time and a lower retirement age. Also under the new bill, paid leave, annual leave, education and course duration, the period of preparation before and after work and national holidays, will be counted as working time for miners. Under the new legislation, the employers will be required to assign a job security expert, a doctor and health staff, with stipulations that coal miners will be paid no less than double the minimum wage.

Frustrated over the new bill that will allegedly endanger their low-cost mining operations, companies are complaining that the bill will raise costs by 50 percent and as a result, have started closing mines amid protests by miners. In Zonguldak, Turkey's mining hub in northern Turkey, about 200 miners took to the streets on Tuesday after they were sacked by a private company operating a mine in the province. Miners complained that the new bill was "inconsiderate" of their employer and therefore, affected them.

About 4,200 miners in Zonguldak anxiously await the next move of companies operating 22 private mines in the province.

While the private sector suffered in terms of rising costs, miners at state-run mines welcomed the bill. Workers at Turkish Hard Coal Enterprises (TTK), the state-run company operating the mines in Zonguldak do not face dismissal after the bill like their counterparts in the private sector. Their daily pay will see a raise as much as 30 percent after the new bill. TTK employs over 7,000 miners in the province.

Another protest was in Gediz, a district of the western province of Kütahya. More than 300 miners who were sacked protested the bill as well as labor unions that they accused of not helping them. Miners urged the government to endorse the private companies, claiming the companies were already forced to sell the coal they extracted for low prices compared to the high cost of extraction due to limited demand.

Cengiz Esendemir, owner of the mine in Gediz, held a press conference and defended his decision. Esendemir said that the state should subsidize private companies against the rising costs. He said the local production was already suffering due to imports and subsidies would boost the employment in the mining sector.