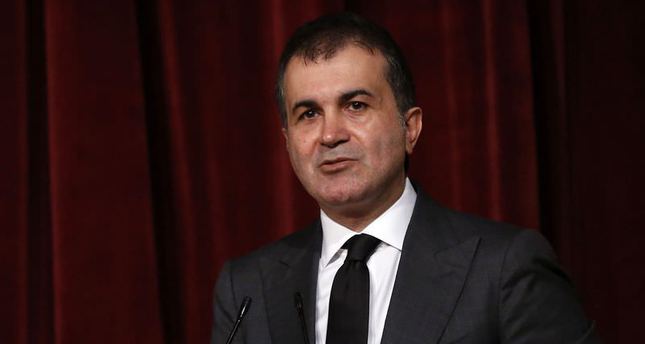 by Daily Sabah Sep 17, 2014 12:00 am
Minister of Culture and Tourism Ömer Çelik has denied media reports that he ordered researchers to prepare a report on the country's ethnic map, allegedly for the purpose of ethnic profiling.

Yesterday, Çelik told reporters that the reports were "not true." "I have been in contact with administrators of several universities for the past month. I heard researchers at Mimar Sinan University had [conducted] a study [that was] mentioned in those media reports, and it [piqued] my interest. I told them the ministry can benefit from the study, but the ministry did not officially ask them to conduct a study," he said.

Reports in the anti-government media claimed Çelik ordered the department of sociology at Mimar Sinan Fine Arts University to map the country's ethnic groups, allegedly to keep tabs on people with different ethnicities.

Çelik said Turkey had pursued a policy based on one identity in the past, and the duty of his ministry is to safeguard all identities in the country, be they ethnic, political, cultural, religious or sectarian. "Certainly, we are interested in such studies in terms of safeguarding a multiethnic culture, but we never asked them to prepare an ethnic map," he said.

Turkey, which has been a hub of diverse civilizations over centuries, hosts a number of different ethnic groups although their identity was broadly described as Turk or Turkish in an effort by past governments to suppress the rights of minorities.