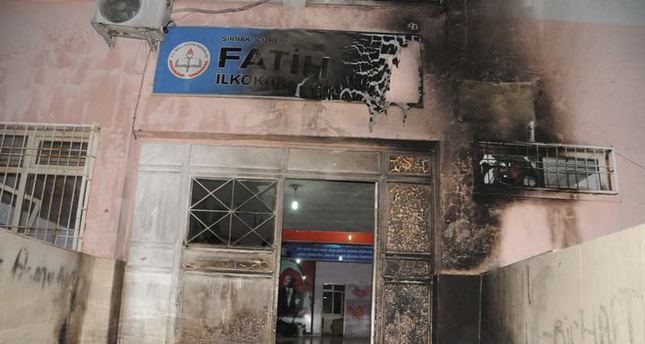 by Daily Sabah Sep 17, 2014 12:00 am
A group of PKK supporters set three schools on fire with gasoline in the eastern province of Şırnak after police officers sealed an illegally-opened school in the province of Diyarbakır. The school was to provide education in the Kurdish language but did not have the permission of the Education Ministry.

The fire department immediately responded to the scenes and extinguished the fires but groups blocked the road and attacked security forces with Molotov coctails and stun grenades.