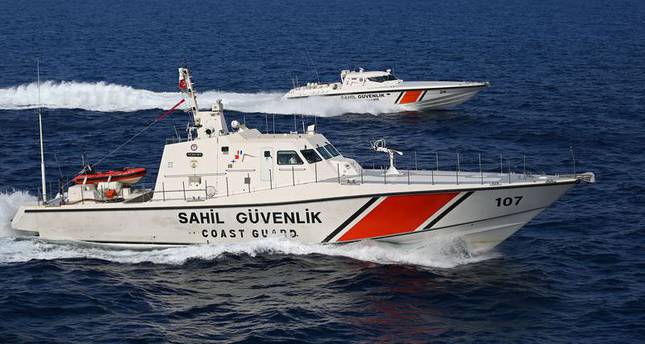 by Daily Sabah with AA Sep 18, 2014 12:00 am
The Turkish Coast Guard Marmara and Straits Region commander Veteran Colonel Yavuz Geçim made statements on Turkey's position in illegal immigration during his visit to Governor Ahmet Çınar of Çanakkale in Western Turkey on Thursday.

Colonel Geçim stated that Turkey has become a target country for illegal immigration in recent years due to the progress and efforts to become a major power, while stressing the transit role consolidating after the civil war in Syria.

Around 20,000 people cross the Aegean Sea illegally, and the Turkish Coast Guard Command alone predicts 10.000 to 12.000 people will be caught this year while crossing the Aegean, which is a 'horrible' number, said Colonel Geçim.

Geçim stressed the importance of precautions that could be taken on Turkey's borders and domestically in order to reduce the flow.

Geçim said that the Coast Guard's priority is to prevent deaths as the traffickers have little or no knowledge of seafaring, while stopping the illegal flow before targeted European countries use it as a source of criticism against Turkey.