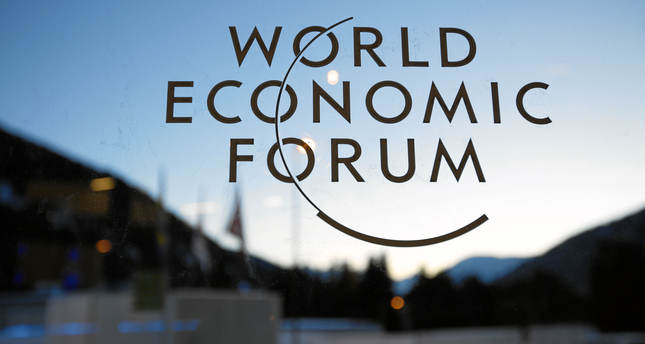 by AA Sep 18, 2014 12:00 am
Turkey has undoubtedly become a more significant player on the global stage and its chairmanship at the G20 group of major economies will strengthen its engagement with other members, Nicholas Davis, the Director, Head of Europe, at the World Economic Forum (WEF) has said.

Speaking to the Turkish press agency AA ahead of the scheduled Economic Forum Special Meeting in Istanbul from September 28 and 29, Davis said Turkey was a critically important regional and global player, which had successfully transformed itself economically over the past 12 years.

Davis said: "The country is now the sixteenth-largest economy in the world and the sixth-largest in Europe, and has significant international credibility in terms of its management of public finances and as a driver of regional growth."

The meeting will convene regional leaders to discuss strategies across four content themes: shifting energy dynamics; employing physical, financial and digital infrastructure as drivers for growth, building more inclusive and entrepreneurial economies; and Turkey's role in the context of the upcoming G20 chairmanship.

However, he said, the country's challenge now was to continue on the path of broad-based "inclusive growth" while reducing its dependency on capital inflows.

He said: "In doing so, the country has the ability to tap a young and very entrepreneurial population, and therefore Turkey is an illustrative case study for one of the key themes of the event-the need to build entrepreneurial and inclusive economies."

"This is of course thanks to more than a decade of very strong economic growth, but also because of its unique positioning in what is unfortunately an increasingly volatile region."

He went on: "Turkey now have an excellent opportunity in the form of the G20 Chairmanship, which will start in December, to help the world and the region face a number of challenges and shape the global governance agenda, while also strengthening its engagement with other G20 members."

"Turkey will also have the benefit of shaping global discussions on issues that are highly relevant for its economy, such as strengthening the regional energy architecture, improving global financial stability and reforming the international financial system, and reducing barriers to infrastructure investment," he said.

The Forum's special meeting in Istanbul will bring together over 500 political, business and thought leaders under the theme "Unlocking Resources for Regional Development", and provide a neutral, high-level platform for leaders from Europe, MENA, and Eurasia to work together to invigorate economies and promote long-term growth.

According to the Turkish government, hosting the G20 in 2015 will give Turkey an opportunity to influence the economic policies of the major economies of the world and contribute to a growing and resilient global economy.

It is also hoped that Turkey's presidency will increase jobs, living standards and long-term prosperity inside the country.

The G20 includes 19 individual countries and the European Union.

It works closely with international organizations, including the International Monetary Fund, the World Bank, the Organization for Economic Co-operation and Development and the UN. These organizations are invited to attend key G20 meetings.