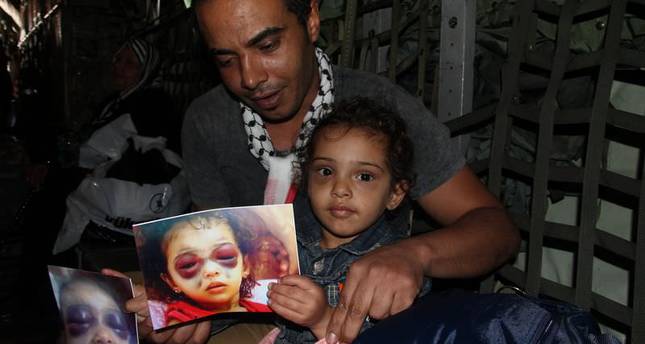 by Daily Sabah Sep 18, 2014 12:00 am
Ramping up efforts to help Palestinians in Gaza under Israeli blockade, Turkey will airlift 25 Palestinians injured in Israel's recent offensive in the Gaza Strip to Turkey where they will receive treatment.

The plane landed at Israel's Ben Gurion airport yesterday and was expected to return later on Thursday with injured Palestinians and their families. The injured will be treated at hospitals in the western city of İzmir.

The Prime Ministry's Disaster and Emergency Management Authority (AFAD) are coordinating the airlift of injured Gazans.

Turkey has so far received 81 Palestinians wounded in Israel's 51-day offensive this summer that left some 2,147 people dead and injured 11,000 Palestinians.