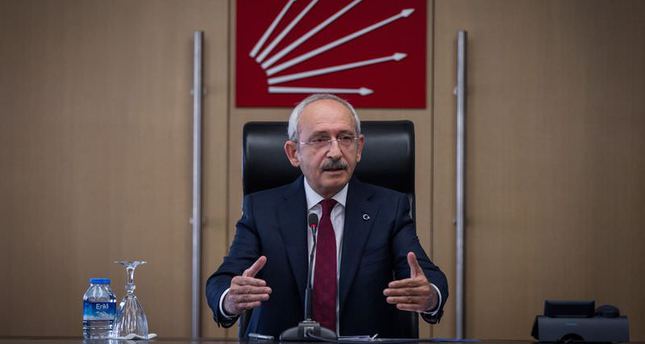 by Daily Sabah Sep 20, 2014 12:00 am
Turkish main opposition Republican People's Party (CHP) leader Kemal Kılıçdaroğlu has congratulated Prime Minister Ahmet Davutoğlu over the release of the hostages who were freed from the self-proclaimed Islamic State of Iraq and el- Sham (ISIS) on a phone call.

Kılıçdaroğlu phoned Davutoğlu to congratulate him over the government's success for bringing back the 49 Turkish hostages that were held in Iraq's Mosul City to their homeland hours after their release was announced. Kılıçdaroğlu was quoted as saying "I'm glad that our citizens could safely return to our country." Davutoğlu reportedly admitted the congratulations Kılıçdaroğlu extended.

Kılıçdaroğlu also shared a message of congratulations via his Twitter account which read "As I conveyed my joy over the release of the hostages to the Turkish prime minister, I want to say 'welcome to your homeland and freedom' to our brothers and sisters."