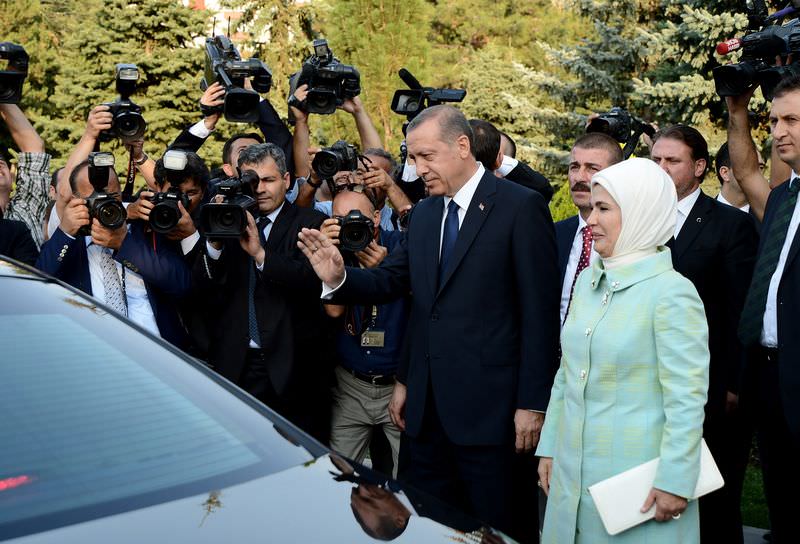 by AA Sep 20, 2014 12:00 am
Turkish Presidency Office has announced that a Twitter account purported to be linked with Turkey's First Lady Emine Erdoğan is not genuine.

The office dismissed the account created under the name of Turkey's first lady, Emine Erdoğan as fake, announcing she has no official account on social networks.

Goktaş added that Erdoğan had not given any exclusive interview to media, in response to another recent allegation involving a women's magazine.